MI Way is an art, a way of living, that we call Biodynamo. Walking humans are, afterall, like a walking shell-less eggs in the ocean of conscience whose yolk (yoke) is within layers of invisible clear but whose light powers the egg’s existence. Maintaining being the egg after Humpty-Dumpty fell off the wall (ovary) has been the historical problem. We’ve kinda been like a fish out of water!

Given that life is all about living on land maintaining our biodynamo well enough that the frog can be beauty or the beast on a land where all characters are in different stages of becoming ‘beauty and the beast’ with their act all gotten together so their ‘chaotic forest’ is more ‘walkable garden’ and they are behaving as appropriate to a human whose body is the most advanced design of a living species, I am as Life Incarnate in MI own way enlivening the Mandrake-infested ForestOfLife back to its former glorious GardenOfEden {it has been a profitable Enterprise and culturing humans into humane beings have been a pet project but the ‘beings’ who have had a human body have been having a difficulty getting their acts together as suitable to the human design of their body so Life (MI) is here on business to biodynamize the economy into DynaCash crops. Nothing made sense? Good! The intellectual status quo needed a li’l shake shake anyway to fluidise the concreted scape so better crystals formed who could fluid and concrete better Earths.

Given that life is a stage on which people are all actors playing their role in the schema of things, MI way is about putting the jazz in the music given that I am to play a role anyway; might as well be a dance! Make it a waltz with Life to a song never heard before {Mookaambika raaga} and I teach it as a guest lecturer!

Add a li’l twist in the food, twiddle a little on the chat and add a skip to the play and we could have more fun! Might as well make the stage a li’l less dull anyways.

Maybe it will uplift the downtrodden..Maybe it will inspire the on-the-bench’ers to try life again, be on the doing side of life making a li’l twiddle to a song and a few things more to restore a twinkle never thought of needing a second look before!

Here’s the Object of MI Affections

MI LifePartner – my body (I found imprints of my complementary partner from my heart, a la Paarvathi discovering Shiva. Whodathunk suffering and healing is the pathway to maturing love to truelove?! Keep scrolling to know how I did it. Its a long story and everything from my website to social media has bits and pieces of the how and what I discovered en route and still ongoing. Reality is soo much better than fantasy with Nirbeeja Yoga®️ – yep, I went ahead and registered MI trademark to teach the how of it!).

Look who’s listening to us! (people from 21 Countries!)

Anchor gave us a Wrapped overview of the podcasting year that has been 2022. Never knew we had so many news we hurdled past while we were busy having fun. Thanks a ton, Anchor! 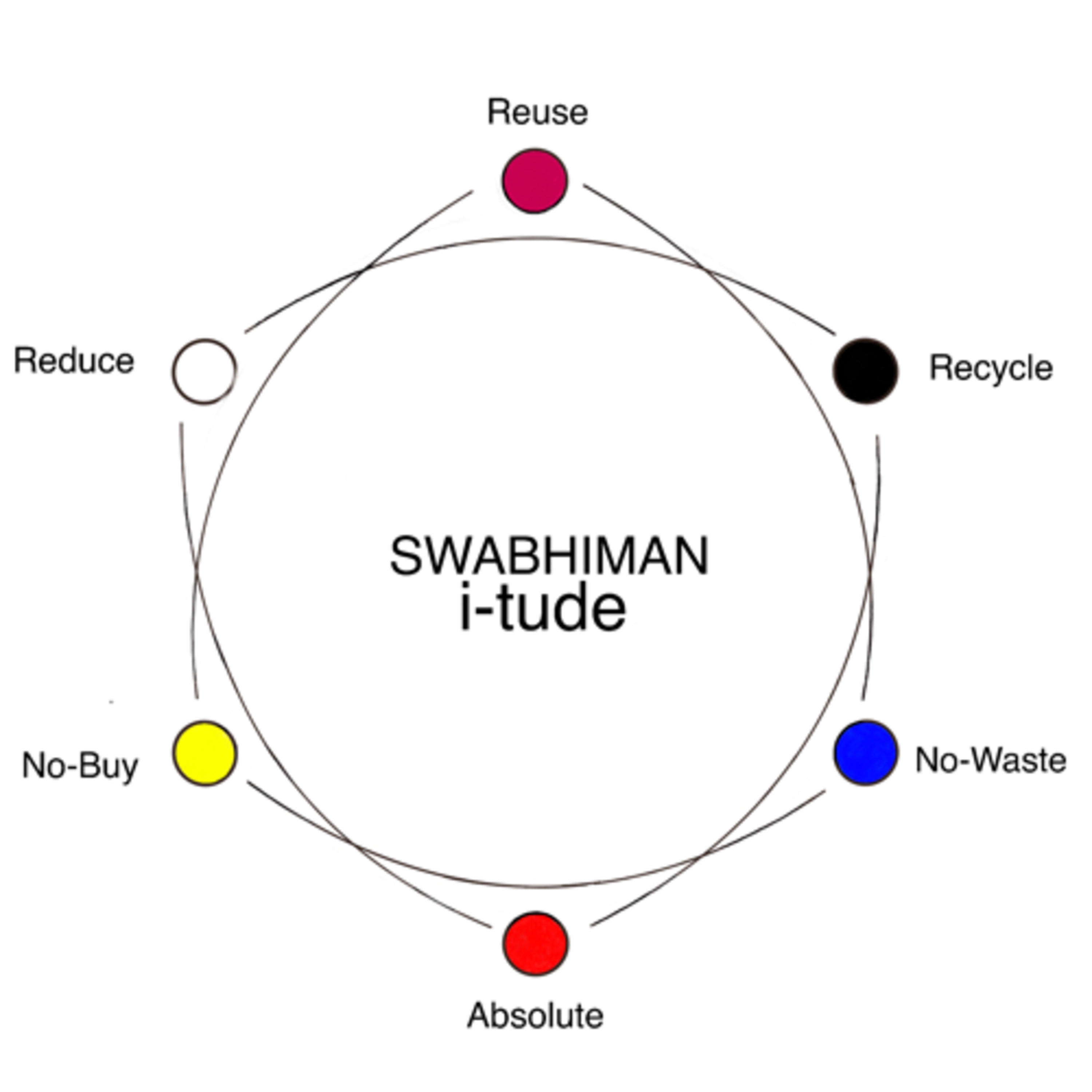 Gaslighting didn’t begin yesterday; I think it began in 2010 or 2011..or at least, that’s when I moved out of my parents place and have been faced with ‘well-wisher syndrome’ from the umpteen known and unknown people who care for me in their own direct and remote ways. I suddenly thought my partial cleft palate got active and needs greater care because nobody else seemed to have encephalopathy-like symptoms the way I was with uveitis precipitated over a few years since I moved out of parents home and started training as a therapist in active healthcare. I must have aggravated the you-we-itis I already seethed under with a lot of people already ‘knowing’ how I should better live my life, and was curing/praying to resolve my affliction whatever that was that caused me not to want getting married and instead had me move out of my parents place. (psst: I was figuring out what was missing the presence of which would make a difference in being human, humane, alive and in love..the ‘love’ bit got intense an inquiry later but ‘being {humane} human’ was definitely on.) I didn’t want to get married because people kept complaining how being single would have been better ..and there are divorces and people not wanting to sire babies and elderly homes and lots of diseases..and people asking me to get married with so much contradictions in their behaviours and mannerisms they seemed hypocrites while they seriously meant it! Confused, the least I could do was research well into the missing link before I could step into this serious institution called marriage that involved at least two entire families and their children brought together by the two people who are called the bride and groom. They better be in it for the right reasons..and I had to figure out what that reason had to be that would make all this circus worth it for everybody, this husband character whoever that would be {I found him in my own body a signature of in a believe-it-or-not format that Kalidasa and many others seem to have written ballads about!} and this one opportunity of being alive {that I have for sure with no other points of reference to prove the contrary} in this lifetime that would make it worth the while for me also and future generations. (I must have been a difficult one for people ‘above’ where they decide why people should be born; I may have given them hell enough that they figured I better be figuring that out being on this side of life than occupying bum space in their compound..nevertheless, I guess I have figured out some semblance of a good reason why to remain married to Life and my Work – to have humans live long enough to enliven life in the multiversal universe coz they can become green Taaras and dashaavataara-quantity humane beings at that..and I’m not sparing anybody.😈😇🥹♾. Talk about being devilishly employed in keeping people alive and on this side of life, and happily married everafter. Isn’t that what fairy tales promised? It’s there for everybody. I know coz I have been carefully reading the textbooks, including sacred textbooks, that people have been reading. That’s why we have a body that is humanely human.
Load more posts

on Food, Love and Play

Studying theory and practice of family constellations originated by Bert Hellinger, I often found the birth order fascinating and the character development of the second born versus first. I’m a first-born and my brother has interesting traits that often made me wonder, even look at him queerly to see, how in the world do I…

END_OF_DOCUMENT_TOKEN_TO_BE_REPLACED

Why do we need Nirbeeja Yoga® today?

Nirbeeja Yoga® helps cleanse the 6 formative elements of Earth, Water, Fire, Air, Spirit, Space within the body and consequently in the environment because our circadian rhythms are influenced by and influence ecology of which we are, each, a part of in a butterfly effect the ecology of which we, each, stand to make better…

END_OF_DOCUMENT_TOKEN_TO_BE_REPLACED

‘What are you focusing on?’ Having your name or person be the point of focus or having your Work speak unto posterity on who you are and what’s your worth through the estimate of your Work?

END_OF_DOCUMENT_TOKEN_TO_BE_REPLACED

Something went wrong. Please refresh the page and/or try again.

Self-possessed, transcriptionist, therapist, Quality Assurance Specialist. A bit of a whacko (read, Don Quixote mixed with Sancho Panza mixed with Jack Sparrow mixed with Alice-in-Wonderland mixed with..just put in a whole trailmix of characters of whatsoever stories there have been created with a definite twist on the interpretation of any of the characters, give sufficient time for contemplation and be prepared to hear what comes out of all that as the Product of Contemplation). A Trailblazer {me!} with a believe-it-or-not lifestory to leave you with a thought you never knew there could be that too to think about.

She is a drop of the Ocean, like Moana in real life, who has rounded up on Maui, hehe AND the ocean and has 100% of the way to go in restoring the universe to its former glory.

Pretty sorted out. This website is one of the Walls she writes on. Its a ‘she,’ might as well be a ‘he.’ Is my and MI inner child or parent or grandparent. Learning to talk human, walk human, do human, be human but well versed in the Universal Language of Love that most dont understand {has taken a long time for me to get any hang of it somuchso that ‘she’ started learning my language to converse with me coz I cared to build a relationship with the lil one in me!} but can be translated into humanese one podcast, WordRehab, multimedia cast at a time. She could leave many a heads dizzy if you try to understand all she says at once but would sanitise all at one point or another into commonsense well enough for humanely living on Earth.

MITI BayBe is the Ocean, like Te Fiti or Green Tara after restoring her hearty self who is complementary partner to Male Green Tara like Nature is to Nurture, and who is out to enliven life in the Universe.

This is where you would find more about what they do

This is something we are working towards: “Many podcast series provide an associated website with links and show notes, guest biographies, transcripts, additional resources, commentary, and even a community forum dedicated to discussing the show’s content. Podcasts combine elaborate and artistic sound production with thematic concerns ranging from scientific research to slice-of-life journalism.”

Help us make the show

By making a contribution, you will help us to make stories that matter.

Have something you want me to discuss on the podcast?

This is where we teach people how to have original humane intelligence ..also, how to have ‘unobtainium.’

Our Letters to Loved Ones..

Processing…
Success! You're on the list.
Whoops! There was an error and we couldn't process your subscription. Please reload the page and try again.

Get every new episode delivered to your inbox.